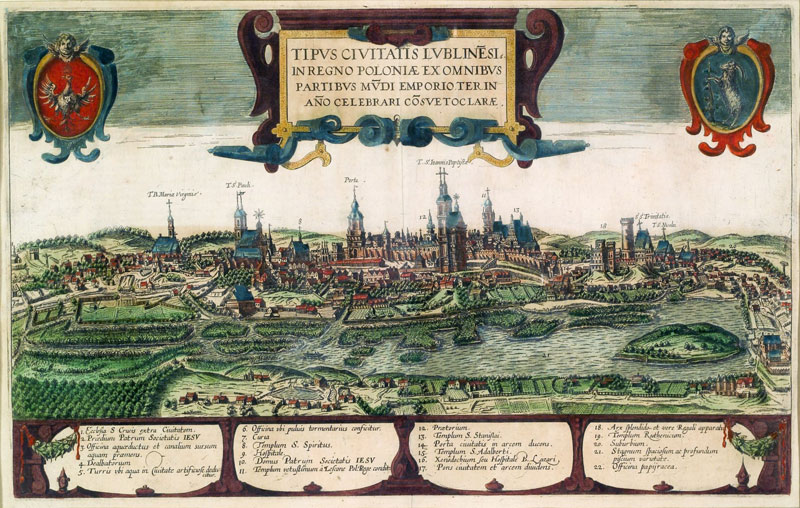 The history of the company dates back to the sixteenth century, when King Sigismund I awarded the first privilege for a paper mill in 1532. Around 1661, the mill was transformed into a flour mill. In 1874, a wooden mill passed into the hands of Adolf, Edward and Henryk Krausse, who, in 1881, completely modernised the building and equipment.

A modern brick mill was built, which included a water turbine, close-coupled with a steam engine to drive the mill. The Krausse brothers' company was one of the most modern in Lublin, and even in the country.The mill was the first company in Lublin to be connected to the newly built Lublin-Warsaw railway line, having its own spur line. At the National Agricultural Exhibition in 1901, the company received the "Golden Luxury" medal for its milled fine flours and groats.

Even today, the Memorial Book of Lublin Exhibitions contains a description which shows that it was very modern enterprise. 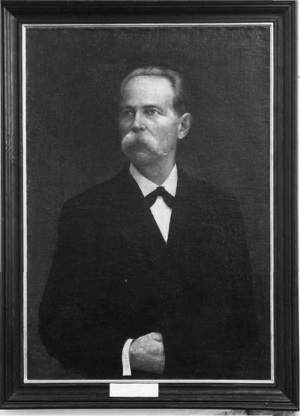 History of the Lubella company

"It employs about 100 workers, only from Poland, in the main plant and auxiliary plants, including smithy, joinery, and office staff. It has three turbines with the power of 180 horses and a steam engine with the power of 75 horses, the latter being used only in the absence of water. Workers have been provided with free treatment, i.e., the doctor, pharmacy and hospital, as well as disability insurance since 1884 with the Rosya Society at the rate of 1000 times the daily wage. Usually wheat is ground. The total annual production according to the price of wheat is about 800,000 rubles in silver. The old chronicles mention that the "Paper-mill" on the Bystrzyca River has existed since time immemorial. In 1874, it was purchased by the brothers, Edward and Henryk Krausse. At that time, it was a very primitive mill construction in a very flimsy building. Their company built a new mill here in 1880, according to a design by the Ganz et Comp company in Budapest, employing the latest plans for the building itself, as well as the latest grinding machinery using the Hungarian system."

Major changes occurred in the mill in the period 1908-1912, with the introduction of electricity and transportation.

In 1927, as part of the Central Industrial District, a residential area was created on Wrotkowska Street. During the war, the company effectively worked under the guidance of Edward Krausse. Despite the German roots, the Krausse family always felt like Poles, often proving it. Edward Krausse secretly passed flour for baking bread to prisoners from Majdanek and the resistance movement. 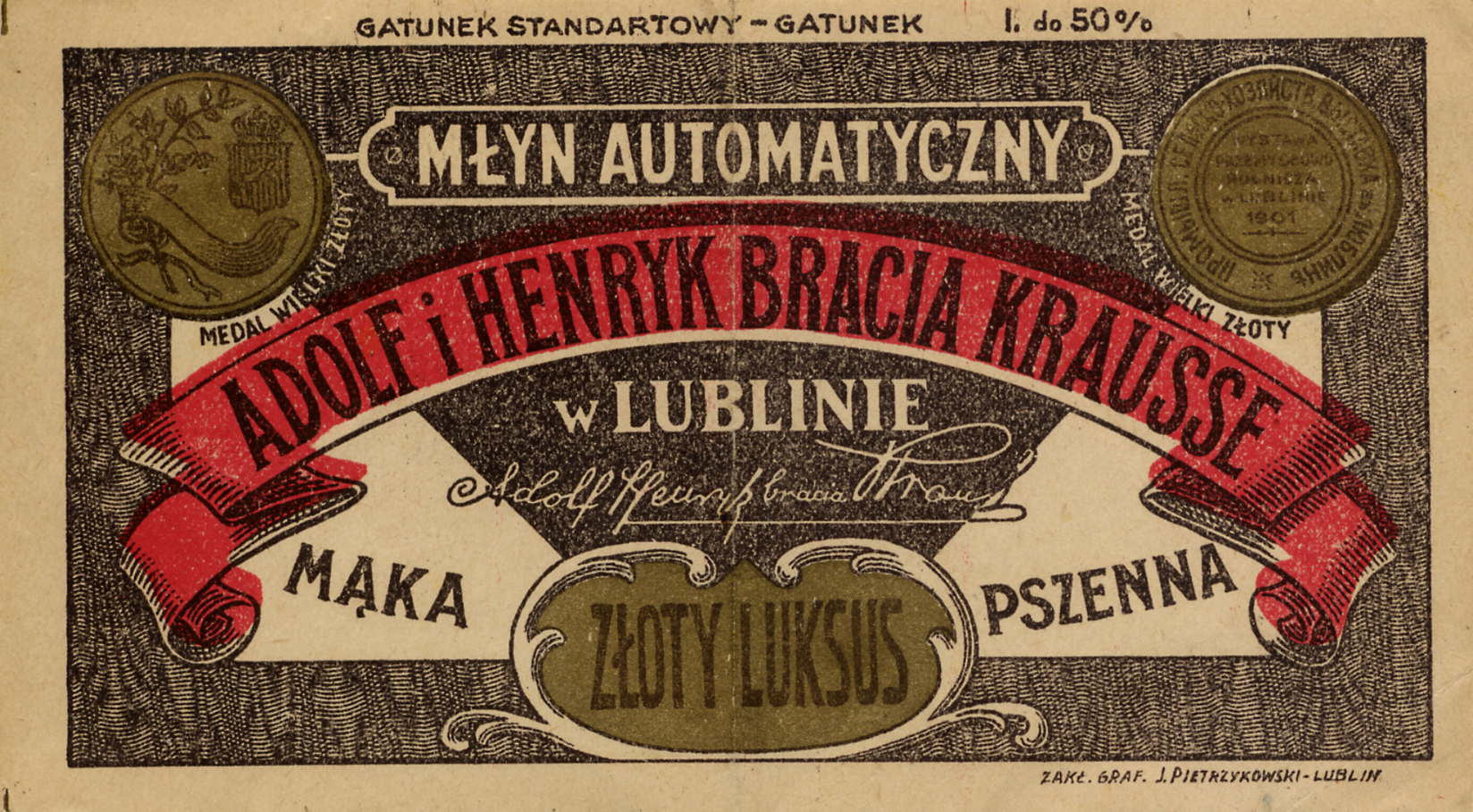 In 1948, the mill was nationalised, creating the Polish Cereal Plant in Lublin ("Polskie Zakłady Zbożowe Lublin"). After the memorable flood in 1964, the Bystrzyca River was regulated, and the mill became powered by electricity. In 1963, in the Lublin PCP, the production of pasta was launched, using machinery from a well-known Italian company, Pavan, of Galliera Reneta at Padua. Three lines producing 20 tons of pasta a day were installed.

In 1972, the company's product range was extended by the addition of breadsticks. Later, new equipment was installed from an Austrian company. Every day, about 3.5 tons were produced of crispy breadsticks with a golden sheen. This product was recognised by consumers and has received many awards.

In the 1980s, the Lublin press commented on Mill No. 1 as being a mill established by Krausse from which the best flours in Poland still come today.

In the 1990s, the Polish Cereal Plant in Lublin was transformed into a joint stock company and took the name Lubella.

In 2003, Lubella joined the Maspex Wadowice Group, one of the largest companies in the food market in Poland. 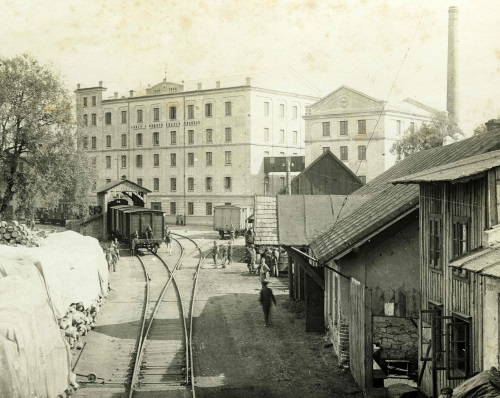 To this day, Lubella continues the honourable tradition set by its great founders by constantly evolving to include new technologies and expanding the production facilities. The company built a modern production and warehouse complex at Wrotkowska Street, including the largest and most modern pasta production line in Poland. This project not only increased the production capacity, but, thanks to the modern technology, enabled the production of high quality pasta.

In 2007, the Krauze Mill was modernized again, making it one of the most modern of its kind in Europe. Lubella purchased shares in Arnos, which is a leading manufacturer of pasta in the Romanian market.

Currently, Lubella is a definite leader in the pasta market in Poland and a leading manufacturer in Romania. It is also a well-known and respected producer of flour, groats, breadsticks, and cereals. Lubella, thanks to the passion of its employees and their commitment to each stage of the product process, is today synonymous with quality in cereal products. Lubella continues to gain more loyal consumers, who can trust the experience borne out of a 130 year tradition.